The first Polish official translation of the SI Brochure

We invite you to familiarize yourself with the first Polish official translation of the SI Brochure, published by BIPM to promote and explain issues related to the international system of units (SI)

This document is one of the main EU directives as well as the Polish regulation on legal units of measures. It also creates the opportunity to spread knowledge about units of measures in research and action groups. The brochure is a manual explaining the basic principles related to the issues of units of measures. The solutions contained in it are baseline used during preparation of legal acts related to metrology. 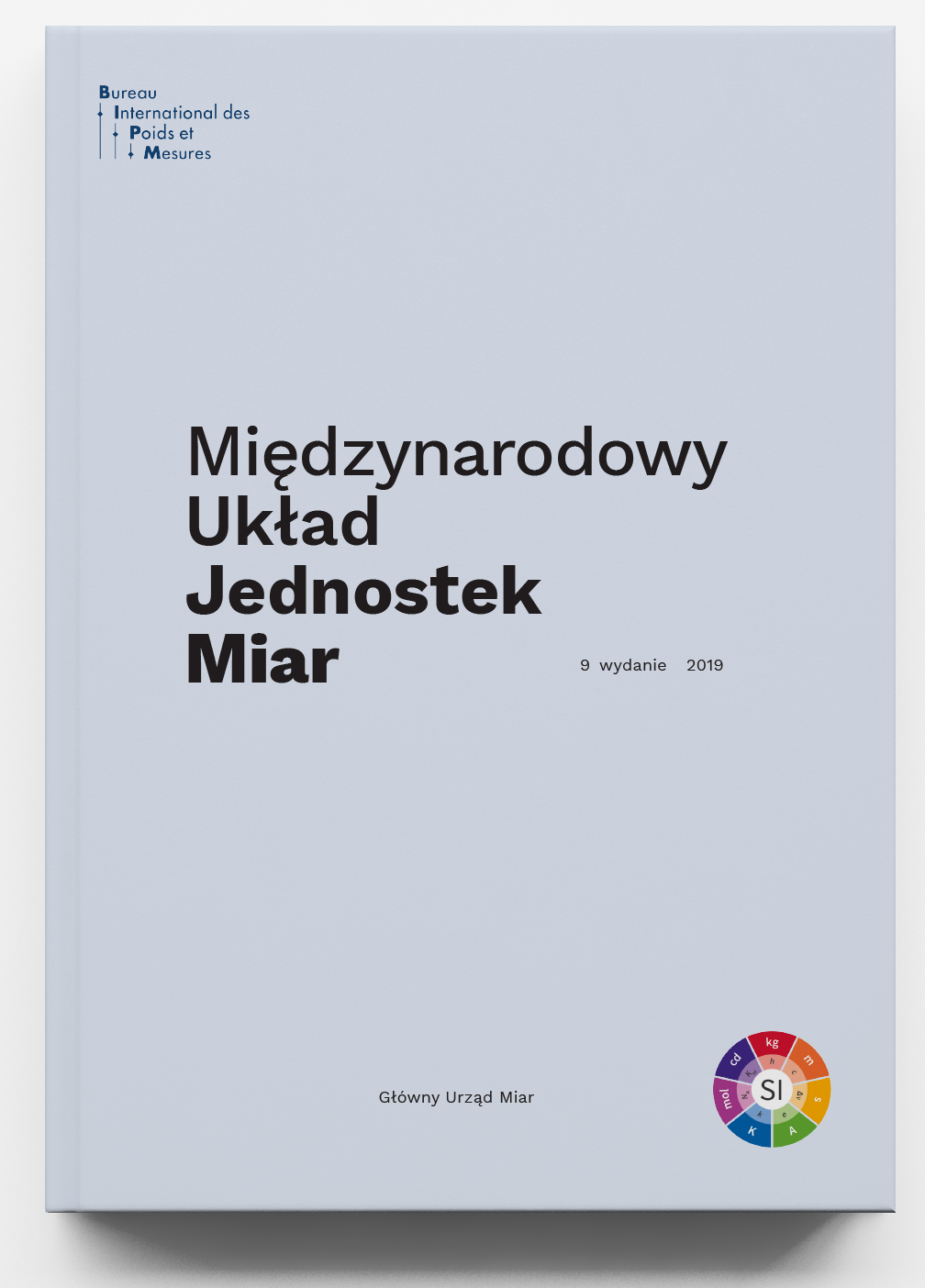 The SI brochure, issued by the International Bureau of Weights and Measures (BIPM), is already the 9th edition of the study on the International System of Units. The special significance of this publication lies in the fact that it was created as a result of the 26th General Conference on Weights and Measures redefining the base SI units. Therefore, it contains a comprehensive justification of the reasons for the change in the way these units are defined. It is fundamental that the existing definitions based on artifacts and phenomena, used to reproduce units, have been replaced by references to invariant physical and technical constants.

The brochure gives the current definitions of the seven base units of measurement currently in force, i.e. second, meter, kilogram, ampere, kelvin, mol and candelas that create the SI system. These definitions were included in the ordinance of the Council of Ministers of June 5, 2020 regarding legal units of measures. In the booklet, the definitions are accompanied by explanations of their content. The goal of the adopted SI redefinition is that new definitions of units of measurement do not limit in any way the selection and application of already used or yet unknown methods of their restoration. This opens the way to the search for even more accurate ways to implement them, without the need to change the definitions themselves, as it was before.

The brochure presents the principles on which the expression of SI units, especially derivatives, used in various fields of science and technology, including those describing biological and physiological phenomena, is based. Its discusses the use of symbols and names of units, as well as presents the rules for editing texts using size values, including writing numbers and mathematical operations on size symbols. Shows the recommended multiples and aliquots of SI units along with the way they are written. It also indicates non-SI units of measurement adopted for use with SI.