GUM delegation at the workshop on European Metrology Networks in Berlin

On December 14, 2018, at the Berlin headquarters of the Physikalisch-Technische Bundesanstalt (PTB), a workshop was held on the European Metrology Networks (EMN) - a new project which was implemented under the patronage of EURAMET - The European Association of National Metrology Institutes.

The GUM delegation, numbering 8 people, was the largest delegation among the European metrological institutions - participants of the meeting. During the session, the General Secretary of EURAMET Duncan Jarvis has introduced the participants to the current state of network development, bearing in mind the range of proposals / themes, which, as D. Jarvis pointed out, are at various stages of development. The next part of the meeting presents legal and financial issues related to EMN. In addition, the leaders of 6 approved network projects (Mathmet, Quantum Metrology, Medicine Laboratory, Energy Gases, Smart Grids, Climate and Ocean Observation) briefly presented the network's assumptions and the state of the work.

The workshop ended with a discussion panel with the members of the EURAMET management body, the Board of Directors. Importantly, this meeting has made possible to establish working contacts with representatives of GUM counterparts from other countries, which may result in joint research projects in the future. 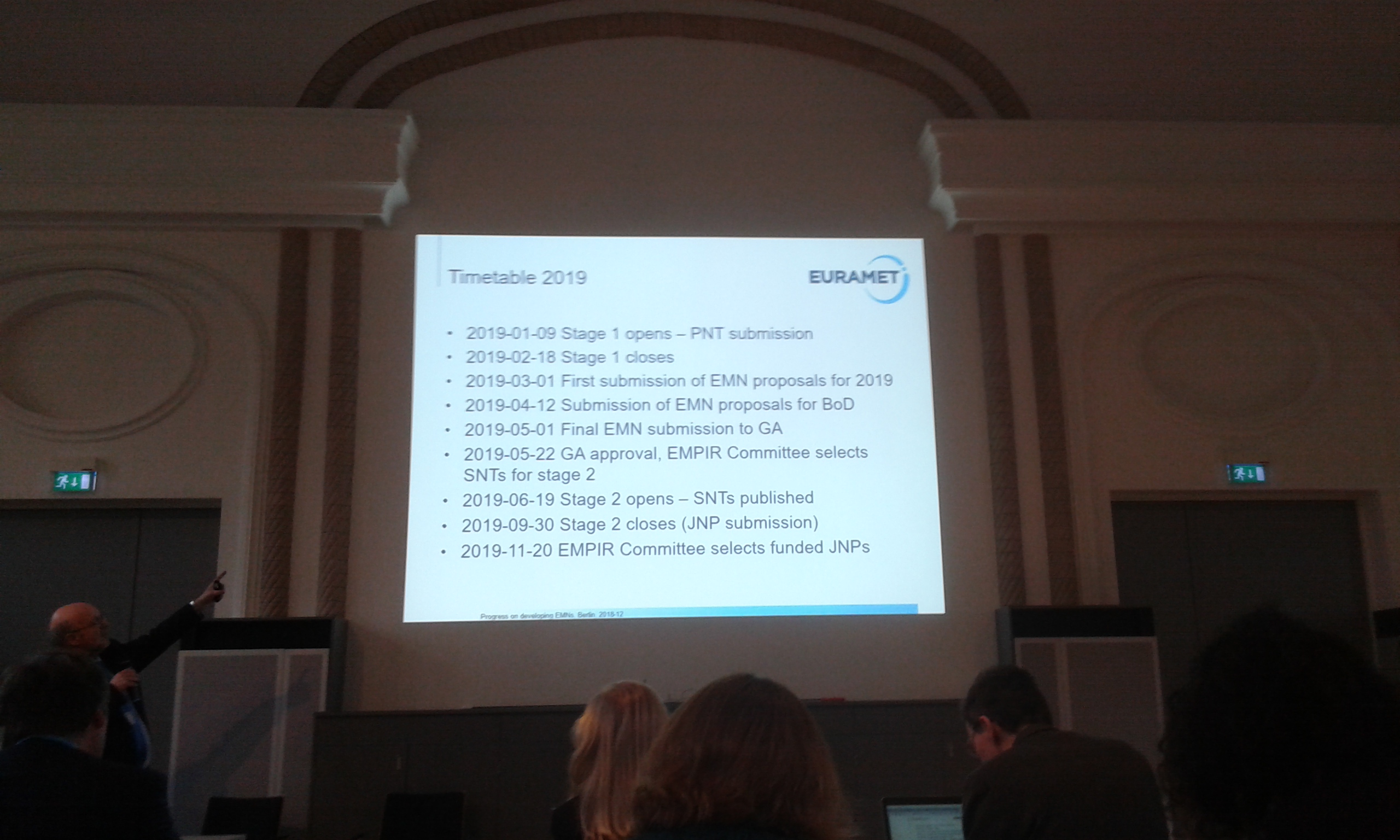